Rebuilding Lives One Person at a Time

At liveSAFE Resources, our goal is to provide safety and healing for those impacted by domestic violence, sexual assault and elder abuse. We serve those who have endured personal, lasting trauma and have come to us for support, refuge and a better understanding of their options. Our staff members are passionate and sensitive advocates for our clients; they believe in restoring dignity, self-esteem and freedom. Our true hope is to bring safety to those who need it most, by helping each individual impacted by these issues live safe.

In addition to monetary donations, we gladly accept in-kind donations. Click here to see a list of goods we currently need. Please call 770-427-2902 to make an appointment to drop off donations at our administrative office (48 Henderson St.). Unfortunately, due to our changing needs and limited storage space, donations brought without an appointment may not be accepted.

Give in honor or in memory of a loved one. Give to help assist victims on the journey to becoming survivors.

At liveSAFE Resources, we require $6,600 per day to support our domestic violence, sexual assault, and elder abuse programs. Will you join giveSAFE to help sustain our vital efforts in this community by creating a monthly giving plan? 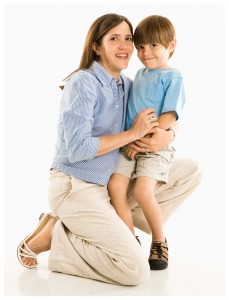 In 2006, I became a victim of domestic violence. I felt silly; I am an educated woman with a degree, and I often wonder how I could have let it happen. Blow after blow, it was apparent I had to get out. I called liveSAFE Resources and it was one of the best calls that I ever made.

Pregnant and with my three children, I came to their domestic violence shelter. We were tired and hungry. It was my last chance, my only hope. We were provided more than just what our bodies needed; we received emotional support from great counselors and the hope to rebuild our lives.

I will be forever grateful for the safety and support that liveSAFE Resources and their passionate staff provided. That day, they saved five heartbeats.